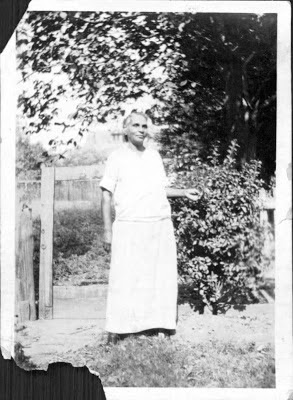 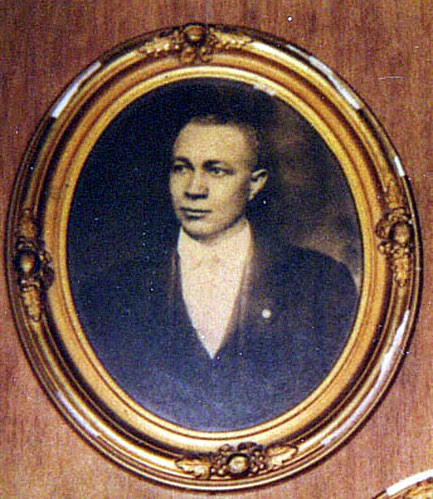 Mason Barnett, commonly known as MB, was the son of Silas Patten and Kitty Hortense. Kitty was a slave whose father was a white man named Judge Robinson.


In 1910, for $1,100 MB purchase a house at 1018 Ruthven in Houston, Texas. The house was located in a section of the fourth ward, in a part of town then known as Freedman's Town, also known as Buffalo Bayou. 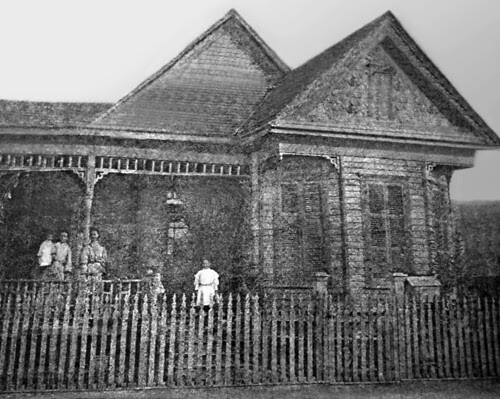 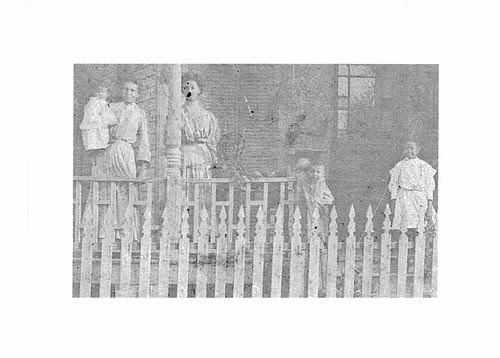 Detail from House on Ruthven
Donovan is being held by the unknown woman on left, perhaps a housekeeper or babysitter. I believe that the next woman is Pauline Garza. MB,Jr, and Thelma are on the steps.


Esteemed Employment
MB worked as a postal railway clerk, which at the time was very high employment for a black man.

Postal Rail Clerks were not allowed to join the white union - Railway Mail Association (1891) aka National Association of Railway Postal Clerks (1904), then the National Mail Handlers (1912). M.B. was instrumental in the establishment of the National Alliance of Postal Employees (1913) whose mission was to eliminate discrimination in employment of postal mail handlers. The Alliance obtained a couple of beneficial changes to the employment regulations, including the elimination of the use of photographs as a part of the appointment process and the addition of race as criteria upon which employment decisions could not be made.

In 1920, the train he was working was in an accident near Shreveport, Louisana. Family history says that as he laid gravely injured, the train company insurance man came around and offered a settlement which he accepted. He died three days later.

This is the scene of the train accident from which he died: 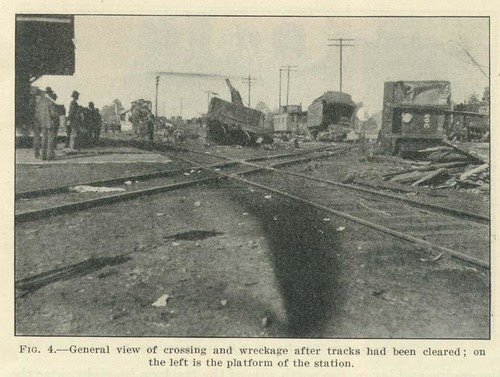 The insurance settlement was $1200 paid by the "United Railway Mutal [sic] Benefit Association" according to the petition for probate filed on behalf of the Patten children on May 8, 1920. The petition valued MB's property at $2,000; $1,500 in community property and $500 as his separate property. However, the appraisers valued his estate at $1,950. The benefit association's name also raises some questions. George Pullman established a company union for his negro employees in 1920. The committee, called the Pullman Porters Benefit Association of America, provided disability and death benefits, as well as a small pension plan. The United Railway Postal Mail Mutual Benefits Association was a white organization established in 1874. It could be that the Patten Kid's lawyers got the name of the insurance provider wrong.

By agreement of the family, although my grandmother was only 10 years old at the time and therefore likely could not legally agree, her sister, Thelma, used the insurance money to go to Howard University's Medical school. Thelma agreed to finance her siblings'education for allowing her to use the money in this fashion. As a result, my grandmother, Eliza went to Howard University, too. She got her Bachelor of Science in Psychology in 1932. Her diploma, which hangs proudly on my wall, is a real sheepskin. M.B. Jr. went to Hampton University. Donovan died at 21 and therefore did not go to college.

Politics in the blood

The Patten family would have political connections in the state of Texas.

Edward A. Patton
MB's brother, Edward, served in the 22nd Texas Legislature as a representative from Evergreen (San Jacinto and Polk Counties) during reconstruction from 1891-1892. Edward apparently spelled the family name as Patton. Although history has recorded that he was shot by the sheriff while running for reelection to his second term, the books do not disclose what family lore has. He was shot by his white grandfather, Judge Robinson who was the sheriff at the time. Edward survived the gunshot and left town. He wound up in Washington, D.C. where he lived out his final days. 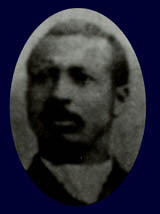 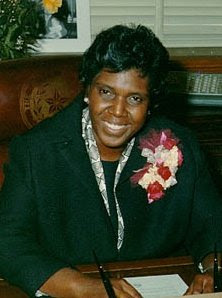 Barbara Charlene Jordan (1936-1996), who in 1967, would become the first African American elected to the Texas Senate since Reconstruction was also a Patten. Her maternal grandfather, John Ed Patten, was a son of Silas Patten. Barbara would also be brought into this world by Thelma Patten Law, who by then was a practicing ob/gyn. According to Barbara Jordan, An American Hero by Mary Beth Rogers, Thelma made a crude remark about Barbara's dark skin color when she delivered her. I believe the remark was true because my grandmother would be disowned for marrying a dark man, my grandfather Clarence, by her sister. Barbara served as a congresswoman in the United States House of Representatives from 1973 to 1979. In 1974, Barbara made an influential,televised speech before the House Judiciary Committee supporting the impeachment of President Richard Nixon. The other deep, dark family secret was that Barbara, along with Pauline Law (Thelma's daughter), were lesbian. 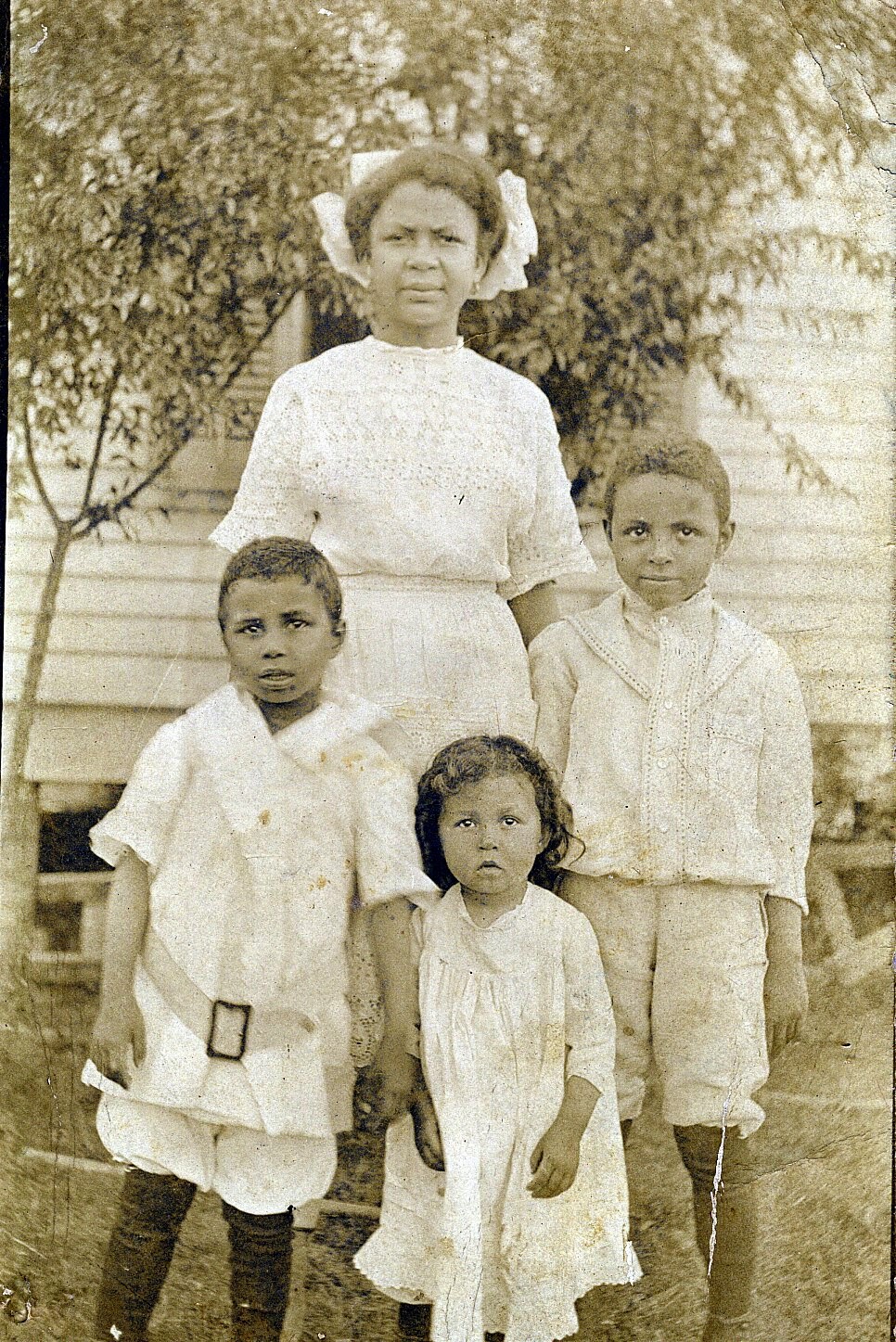 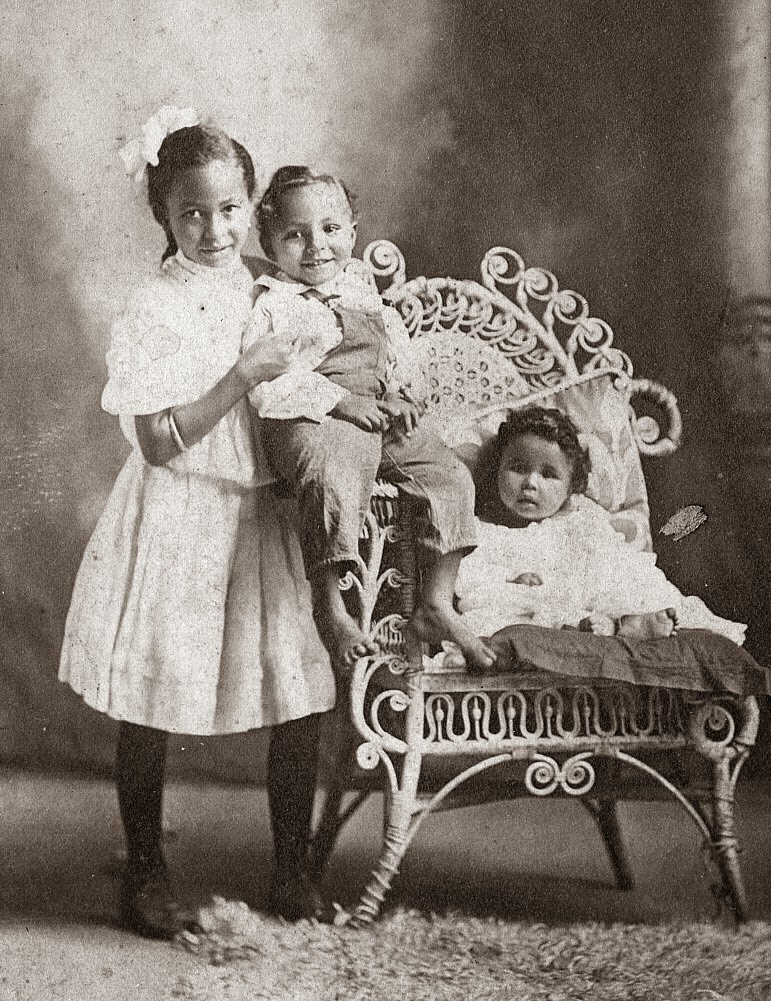 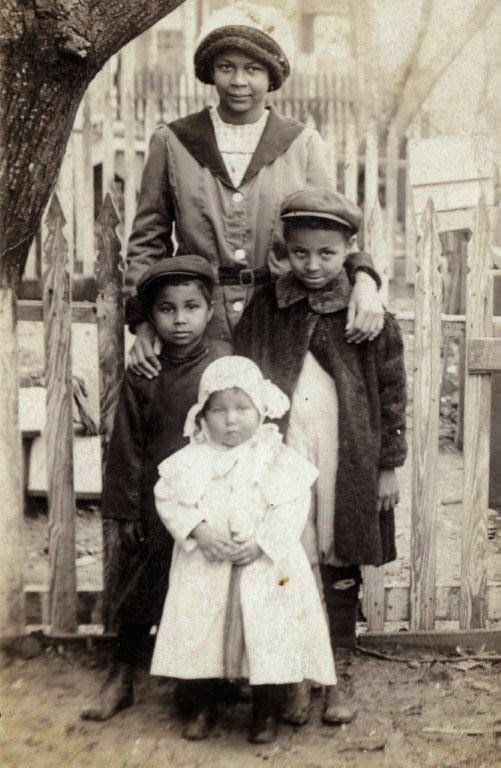 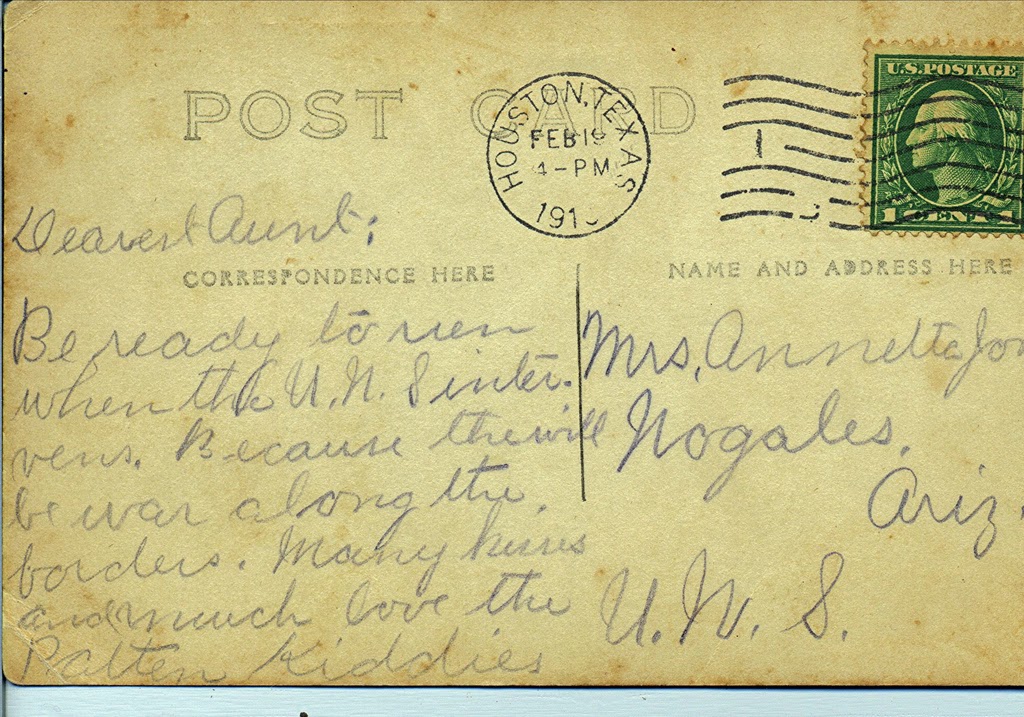 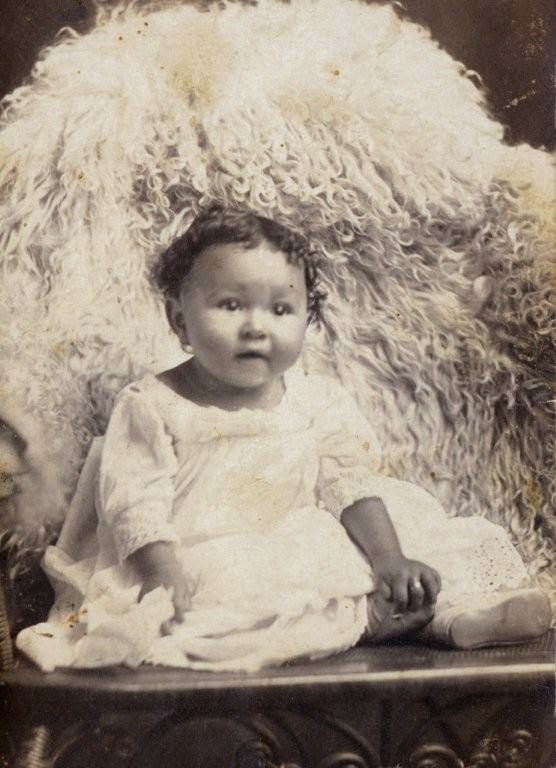 My grandmother, Eliza Mae Patten Washington,, was born in Evergreen, Texas, in an unincorporated part of San Jacinto County. About 65 miles or so north of Houston, the town was named for its forest of evergreen trees. When my grandmother lived there only about 50-100 people lived there, too. This picture of her as a baby suggests that they had some money. Her Father, Mason Barnett Patten, was a railroad porter. Her mother, Pauline Garza, a school teacher.

How I Got Started in Photography

My grandmother was a photographer. Not by trade, but she had her Kodak and she loved to take pictures. Her Kodak had her named engraved - - in 18 karat gold - - on the front: "Eliza Mae Patten." 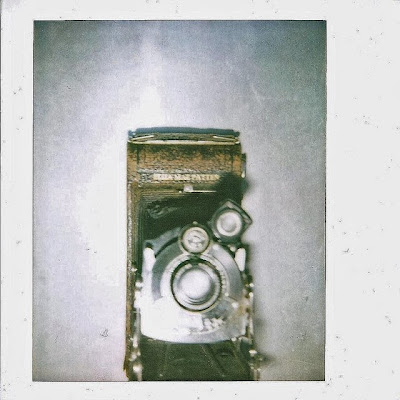 My Mom and Her Camera 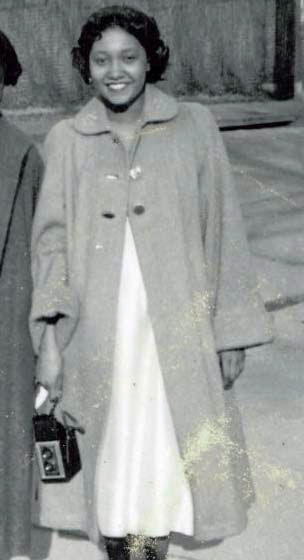