My grandmother's life was documented in various photographs. This is my first attempt to present some of those pictures as a short film.

Who is this woman? 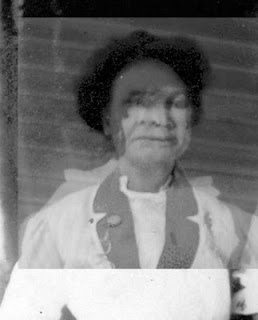 I have a ton of family photos. The problem is that many of them are not marked as to identification. Some of them offer clues as to who they maybe. For example, if a photograph has a printed post card back, it is known that the first photographic postcards were introduced around 1900. Thus any photo with such a back must have been taken after 1900. Unfortunately, this one does not have a back. In fact it is a photograph of two different photographs of what appears to me to be the same person taken about 20 years or more apart. I have blended the two pictures together to see if the features sort of match. Since the photos were not the same size, they sort of line up. Oh well.

Although I might be able to match an earlier photograph, the earliest photo of the same person, in my opinion, is here: 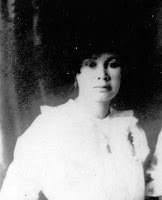 Any one paying attention might notice that I have previously identified this picture was being one of Cornelia Chiles Washington. I was told that was the case, but after careful consideration, I have decided that is NOT the case.

The next photograph is here: 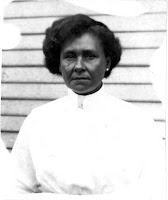 What I believe to be the latest version is here: 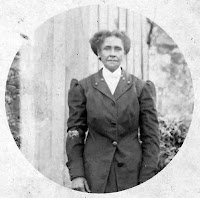 In my next post, I will discuss my clues and why I believe these are pictures of Charlotte Bellinger Chiles. More to be revealled!